Another smartphone called IM5 was released a bit before, resulting in a sort of lackluster set of reviews. But instead of discouraging the Kodak company, it instead made them anticipate a new model like a new fresh start. This meant a total redesign of the concept and essentially and at last – the logical and long-awaited shift of features focus to what the company is really good at – making cameras. But did this work?

Well, the matter of the fact is that the digital manufacturing world and the smartphone market’s world are too small to have secrets. So, when a yet another new big-name player decided to venture into it, this tapping was noticed by news organizations at once and hailed by the media immediately. We’re talking here about the fact that the long-time manufacturer of awesome cameras and DSLRs, Kodak – will be releasing its very first try in the smartphone making. The camera (ooopsie, we meant the phone) was given a name “Ektra”. And boy, does it have some extra features in it!
Designed and manufactured by a company that’s been known for the quality of its cameras for years, the Kodak Ektra camera does have a good camera, smartphone-wise. Actually, there were some insiders and first testers who tried to do a comparison between this smartphone’s camera and 2 more: iPhone 7 and Nokia’s Lumia. 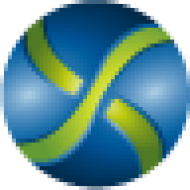 No comment(s)
We use cookies to ensure that we give you the best experience on our website. If you continue to use this site we will assume that you are happy with it.Ok